On Thursday 20 July, Baroness Hooper (Conservative) asked asked her Majesty’s Government whether ministers or officials have had any discussions with the Open University on its use of a restricted countries list in its application process, in particular in relation to Cuba.

At the request of the Open University, officials from the Department for Education, the Department for International Trade, and the Foreign and Commonwealth Office have met with it to discuss its use of a restricted countries list in its application process, in particular in relation to Cuba.

The UK greatly values its relationship with Cuba and signed a Memorandum of Understanding in April 2016, with the aim of enhancing co-operation in higher education. We are committed to the principles of partnership and development as set out in the Memorandum.

There are no UK or EU sanctions against Cuba. However, we understand that private organisations such as the Open University have to take decisions about their exposure to sanctions on the basis of commercial considerations, their own legal advice and appropriate risk assessments. 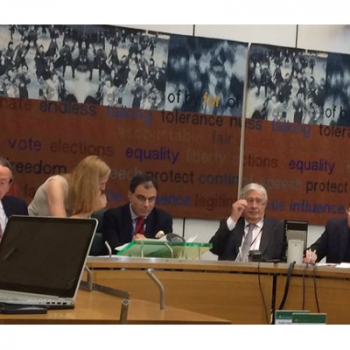