On 12th July 2017, the APPG for International Students held its Annual General Meeting (AGM) and first meeting following the General Election on 8th June, in accordance with parliamentary rules.

At the AGM, the Officers voted for the APPG to continue with its parliamentary activities and the AGM approved the APPG’s Annual Report which can be found here. It was also unanimously agreed that Exporting Education UK would continue to act as the APPG Secretariat. Nicky Morgan MP was newly elected as the APPG Secretary, replacing Ben Howlett MP, and the remaining Officers were re-elected. The APPG for International Students Officers are therefore as follows:

Following the AGM, the APPG meeting was held with a panel of experts sharing their thoughts on the role of international students in Global Britain, alongside 50 supports of the APPG from across the education sector. The panel included Nicky Morgan MP, Member of Parliament for Loughborough; Ken Gill, Chief Executive of the Consortium of Northern Universities; Yinbo Yu, the International Students Officer at the National Union of Students; and Martin Barrow, an advisor to the China-Britain Business Council. 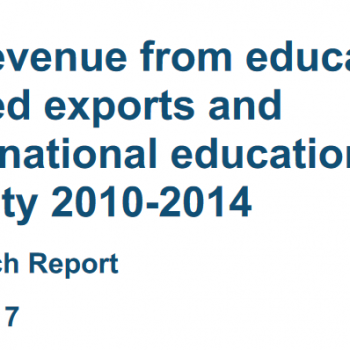