The relevant section of Lord Bilomoria’s speech, which highlighted the APPG for International Students Inquiry and ExEdUK’s report from 2016, can be read below. The transcript of the full debate can be found here.

I am the president of UKCISA—the UK Council for International Student Affairs—which is celebrating its 50th anniversary this year. At our conference, I stated that,

“the benefits which international students bring to the UK are both ‘enormous’ and ‘priceless’ … this is a view which is widely shared not only by an increasing number of leading politicians but also by the British public in general. International students enrich our campuses and communities”,

and the experience of our domestic students,

“bring talent and new perspectives to our lives, build links for us all around the globe and help us to contribute to a more prosperous and indeed more peaceful world”.

As chancellor of the University of Birmingham and chair of the advisory board of the University of Cambridge Judge Business School, I am active in this sector. I am the third generation of my family to be educated in the UK. Generation-long links are built when foreign students come here. My son is at a British university and my daughter is about to enter a British university. Its universities are the jewel in Britain’s crown. We are renowned for them. In Birmingham degree ceremonies, I often say to the graduands, “When you graduate, walk out of the door and turn left. In front of the vice-chancellor’s office are the pictures of the 11 Nobel Prize winners from Birmingham”. That is more than most countries. Trinity College, Cambridge, has more Nobel Prize winners than France. Cambridge has the highest number of Nobel Prize winners in the world.

Despite our excellence, we do this punching above our weight. We do not invest as much as a percentage of GDP as the United States of America. When it comes to research and development and innovation, we invest 1.7% of GDP compared with Germany and America, which invest 2.8%. Just to match that we would have to spend £20 billion more a year, yet, with less than 1% of the world’s population, this country produces 16% of the highest-rated research papers around the world. We do this not sitting in isolation, but in collaboration. This is where Brexit is a huge threat and uncertainty. Our ability to attract international students is linked to our excellence, which is achieved partly through our collaborations in Horizon 2020 and the Erasmus scheme, from which more than 200,000 of our students have benefited. But this excellence is threatened by Brexit. Students will never get a chance to travel in that manner. More than 725,000 benefit annually through Erasmus.

I am currently Bynum Tudor fellow at Kellogg College at the University of Oxford. Some 45% of students and 48% of academics at Oxford are from countries outside the UK. Some 50.7% of Oxford’s research publications involve international collaboration. The same exists for Birmingham and for Cambridge. Where Brexit is concerned, the bigger threat is not just losing out on the funding—can the Minister confirm that we will keep getting that funding?—but the loss of collaboration, which we are more worried about than anything else.

Yes, the UK is a large destination for international students, but, as has been pointed out, we have probably slipped from second to third in the world—the United States is always number one. We have 450,000 students, ​130,000 of whom are from the EU. UKCISA looks after the interests of all of them. The Brexit uncertainty is a huge problem. The Government have given an assurance for those 130,000 EU students for the next academic year—of course they have to; they have no choice but to do that—but what will happen after that? Will the Minister tell us?

I am also co-chair of the All-Party Group for International Students. Our secretariat is supported by higher education. There is no question about it: the UK puts out a hostile impression regarding international students. The post-graduation work visa was removed. I remember being in this House when we brought in the post-graduation work visa for two years. It came in in 2008 and was removed in 2012. In the meantime, the demand for international students is increasing by 8% a year.

The policies are perceived to be hostile. When the Prime Minister was the Home Secretary she made the statement that international students should leave the day that they graduate. The headlines in India were: “Take our money and then get out”. India feels discriminated against. The noble Lord, Lord Parekh, spoke about India. The fast-track scheme has existed for a long time for student visas for countries such as America and Canada, and 11 new countries were added, including China. India was excluded. Will the Minister tell us why and whether it could be included?

The All-Party Group for International Students is conducting an inquiry into international students, with various themes, including the classroom, research, community and policy aspects. It will report in the autumn. We are talking about universities, but that inquiry also covers schools, foreign language institutions, further education institutions, pathway institutions, independent higher education institutions and universities. The spread of our offering to international students is phenomenal. We are one of the best in the world, but Exporting Education UK produced a report in 2016 that suggested that, across all education, the UK has lost £9 billion simply by not keeping up its market share.

Is the Minister aware of the latest UUK report released this morning, Five Little-known Facts about International Student Mobility to the UK, which analyses the shifts in international student enrolments? It contains a table that sums it all up, which describes post-study work opportunities and growth in enrolments. If we look at post-study we see that countries such as Australia allow two to four years, Canada allows three years and Ireland allows 24 months. They all have targets for international student recruitment: we should have targets to increase the numbers of international students. We do not have specific targets. Australia has a target of ​720,000 by 2025. Canada has a target of 450,000 by 2022. Look at their growth rates over the past three years: Australia, 18%; Canada, 27%; 43% in the case of Ireland. We are losing out. The global appeal of UK higher education is a national asset, and preserving and building on it should be a national priority.

To conclude, we need to remove international students from the net migration figures. This creates a terrible perception: our competitor countries all exclude them. Does the Minister agree that this should happen? We should have a target to increase the number of international students. We should bring back the two-year post-graduation work visa. We should bring the Indians in to the fast-track stream from which they were excluded. Now is a great opportunity: with American policies being hostile, we should jump at that opportunity now. Yesterday I was speaking at the Embassy Education Conference at King’s College London on the 100th anniversary of Nelson Mandela’s birth. Mandela said:

“Education is the most powerful weapon which you can use to change the world”.

We have that most powerful weapon in abundance. 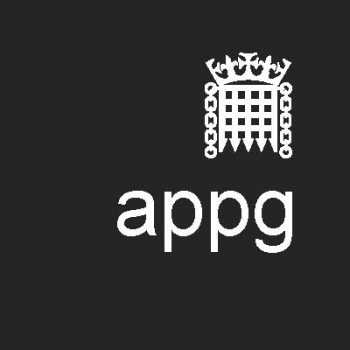