A cross-party group of parliamentarians has called on government to develop an ambitious policy for recruitment following the Migration Advisory Committee (MAC) report published today on the economic and social impacts of international students. Former Education Secretary Nicky Morgan MP and former Universities Minister Lord Willetts are among the members of the All Party Parliamentary Group on International Students that has responded to the report by calling on the Government to commit to increasing international student numbers.

The Parliamentarians – including Lord Bilimoria, Chairman of Cobra beer and Paul Blomfield MP, who are co-Chairs of the group, together with crossbench Peer Lord Hannay – have welcomed the report’s recognition that international students bring significant economic, social and cultural benefits to all regions and nations of the UK. But given the UK is losing market share to competitor countries – a fact highlighted in the report – the group has expressed concern at the lack of policy suggestions that could address this problem. It proposes a strategy to increase international student recruitment.

The Parliamentarians have said the MAC report appears to confuse migration targets and statistics. The report recommends international students continue to be included in net migration statistics, which the MPs and Peers accept, but they call for students to be removed from the Government’s target on net migration. Instead they propose a new target to increase international student numbers. They point to evidence that the general public overwhelmingly recognise the specific value of overseas students to the UK, with polling published last week showing that three-quarters of British adults would like to see the same or more international students in the UK when made aware of their economic benefits.

The APPG has long supported greater work opportunities for international students to stay in the UK when they finish their studies but the Parliamentarians say the MAC has only offered tweaks to the system which favour some students over others. Despite sharing evidence that there is widespread support for a radical change to post study work, the Parliamentarians are disappointed the report offers only small solutions that would benefit those who do Master’s programmes or PhDs. They call on the government to move forward with recommendations from Universities UK and others for a two year post study work offer for all international graduates.

The International Students APPG is currently overseeing an inquiry into building a sustainable future for international students in the UK, which is looking at the impact of overseas students to the education sector as a whole, and all regions and nations of the UK. Once the inquiry is completed, it will also produce recommendations for government.

Paul Blomfield MP, Co-Chair of the International Students APPG said: “We’re losing out to other countries as the report rightly highlights. The government needs to set an ambitious target for catching up with our competitors and put the policies in place to achieve it. We should follow the US model of counting the numbers, but excluding students from the overall net migration target.”

Lord Bilimoria, Co-Chair of the International Students APPG said: “The report highlights the benefits that international students bring to the UK; including to the economy, to the experience of our domestic students, as well as being one of our strongest elements of soft power. It is also excellent to see the report stated clearly that the government’s net migration target is purely political, and that the existence of the target itself is a problem.”

“One of the biggest disappointments is that the report does not recommend bringing back the two-year postgraduate work visa, which existed from 2008-2012. Despite the report clearly outlining how we lag well behind our competitor countries, who all have very attractive post-study work visa arrangements, the MAC has failed to recommend a model which will be competitive.” 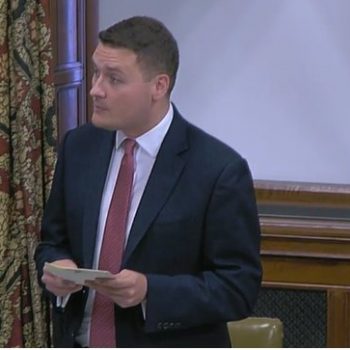